World Wildlife Fund (WWF) - one of the largest independent conservation organizations , with almost 5 million supporters and a global network active in more than 100 countries.

WWF's mission - to prevent the degradation of the planet's natural environment and to achieve harmony between man and nature. The main objective - the preservation of Earth's biodiversity.

More than half of our global budget comes from donations from individuals, which we call the WWF supporters. In Russia, the WWF supporters every year becomes more and more, and we invite everyone to join in this good and really important cause - to help preserve nature.

All members of our team are dedicated and take pride in their work - part of the global family works aimed at achieving harmony between man and nature.

Our work is divided into the main areas that are strongly related to each other. The first WWF projects in Russia began in 1988, and in 1994 he opened the Russian representation of WWF. In 2004, WWF-Russia became the Russian national organization. For 20 years the Foundation has successfully implemented more than 300 field projects in 47 regions of Russia and has invested over € 70 million to the preservation and enhancement of the country's natural wealth. Here are some of our success, year after year.

WWF-Russia started its work in support of existing and creation of new protected areas. All the years of work with the assistance of WWF created more than 120 specially protected natural territories with a total area of over 42.5 million hectares. In the Far East will start projects for the protection of the Amur tiger.

WWF Russia joined the international program of WWF «Living Planet". Head of the Republic of Sakha (Yakutia) presented the "Gift to the Earth" - announced the creation of a system of protected areas in the country. His lead continued leaders another ten regions of Russia.

WWF Russia launched a public awareness of the need to ratify the Kyoto Protocol - the worldwide agreement on actions to mitigate climate change. Russian State Duma ratified the Protocol. In the Far East WWF began a program for the conservation of freshwater ecosystems of the Amur River basin.

On the initiative of WWF in the Krasnoyarsk Territory created the natural park "Ergaki".

Russia came in second after Canada in the world in the area of forest areas that have been certified according to international standards of the Forest Stewardship Council (FSC). This will ensure the conservation of ecosystems, social and protective functions of forests with industrial logging.

"Russian Arctic" was created with the participation of WWF National Park. This first in the Russian Arctic National Park has taken under the protection of walruses, polar bears, as well as bird colonies, glaciers, hydrological unique object.

In St. Petersburg hosted the International Forum on Tiger Conservation. 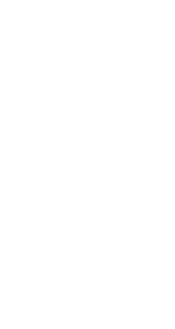 576 thousand cedars planted by volunteers in the Primorye Territory: the campaign of WWF Russia and Citibank was the largest action of reforestation habitat Amur leopard.

For the first time in five years has stabilized the number of tigers in the Primorsky region today is home to about 500 animals. In the Khabarovsk Territory was created National Park "Shantarsky island" area of 515,500 hectares. He will be one of the jewels of "Pacific necklace" of Russia.

82% increase in two years, the population of the Altai mountain sheep.